Advisory Board Officers and Committees

Gordon G. Martin is Senior Vice President and General Counsel of Alabama Power Company. A native of Birmingham, Gordon graduated cum laude from the University of Alabama, where he was elected President of the Student Government Association. He also earned a law degree from the University of Alabama; a Masters degree from the George Washington University; and is a French test shy of a Masters degree from Georgetown University. He has completed executive coursework at the Wharton School at the University of Pennsylvania and Oxford University in England. In the area of economic development, Gordon served as Chairman of the Board of the Montgomery Riverfront Development Foundation, and Chairman of the Board of Directors of the Montgomery Area Chamber of Commerce. In the area of education, Gordon serves on the Board of Directors of the A+ Education Partnership and the McWane Science Center. He is a member of the President’s Cabinet at The University of Alabama, and previously served on the Board of Trustees of Huntingdon College. Gordon has also served on advisory boards at Auburn University, Auburn Montgomery, and Birmingham-Southern College. Gordon plays a leadership role at numerous charitable and civic organizations, including board service at the Alabama Shakespeare Festival, The American Village in Montevallo, the United Way of Central Alabama, the Public Affairs Research Council of Alabama, the Alabama Archives and History Foundation, and the Alabama Heritage Foundation. Gordon is a graduate of Leadership Alabama, Leadership Montgomery and Leadership Shelby County. He was named Montgomery Advertiser’s Citizen of the Year in 2006. He and his wife, Margret, have five children, two of whom attend the University of Alabama. Since his graduation with a marketing degree from The University of Alabama in 1985, Alex had remained steadfast with his support and involvement of many facets of UA. Having served as president of the Atlanta alumni chapter in 1996, as well as national president of the National Alumni Association (NAA) in 2016, his main volunteer involvement has always been student recruitment. He hosted numerous college fairs and events in the Atlanta area and is thrilled that Georgia has become the number one feeder state for The University, helping comprise many of its honor students. Alex and Donna recently moved back to Tuscaloosa after 30 years in Atlanta when Alex was named national president of the NAA. Their move back to Tuscaloosa has allowed both to become more intimately involved in campus-related organizations such as the Blackburn Institute, The Culverhouse College of Business, and the Athletic Department’s 1st and Ten Club, as well as the local Tuscaloosa alumni chapter. On the professional side, Alex built his career in the financial services industry. After working as a financial advisor for Smith Barney and UBS for several years, Alex became a consultant to the industry. He started A. Smith Consulting in 2002, focusing on the advisory team dynamic within the industry. He offers marketing, client service, and practice valuation services to advisory teams across the country. His experience and organizational skills also encourage him to continue to support students and university causes alike in the areas of public speaking, corporate interviews, and professional development.

Robert Harris is the Vice President, Community Lending for BancorpSouth Bank (NYSE: BXS), a Tupelo, MS based financial institution with almost $18 billion in assets and which operates nearly 290 full service branch locations as well as additional mortgage, insurance, and loan production offices in Alabama, Arkansas, Florida, Louisiana, Mississippi, Missouri, Tennessee and Texas, including an insurance location in Illinois. In this capacity, Robert is responsible for the Community Bank’s business development, product development, and community outreach efforts related to and supporting the Bank’s Fair Lending and Community Reinvestment Act initiatives throughout its eight-state footprint.

Previously, Robert was the CRA Community Development Officer for Cadence Bank, a now $11 billion dollar financial institution previously headquartered in Birmingham, AL. As the CRA Community Development Officer, Robert assisted in the management of Cadence Bank’s Community Reinvestment Act (CRA) activities to include CRA and HMDA data collection, regulatory reporting, investment and lending monitoring, community service initiatives, and community partnerships. As the Community Development Officer, Robert had primary responsibility for the formulation and cultivation of Cadence’s public-private partnerships as they relate to CRA throughout the Bank’s six-state footprint and served as the CRA point of contact for business and civic leaders in those communities.

Previously, Robert was the Coordinator for Corporate Training and Development in Cadence’s Human Resources Department. In that role, Robert had a broad portfolio of responsibilities which included the evaluation and development of line of business learning plans, the creation of a corporate-wide leadership development initiative (Lead4Results), the administration of a credit analyst development program, and several other programs and initiatives. Additionally, Robert worked as the training project manager for the development and deployment of Cadence’s retooled Performance Management Appraisal and was the primary liaison to the Compliance Department for the Bank’s Compliance Training Program. While in Corporate Training, Robert held primary responsibility for the administration of the Bank’s Compliance Training Program and Learning Management System (LMS).

Prior to banking, Robert worked in Human Resources at Alabama Power Company and for a third-party consultant group contracted to perform a variety of organizational development functions for Mercedes Benz Inc. USA. Robert worked for several years at The University of Alabama and has a background in Student Affairs and higher education. Robert also has a background in politics and public policy having worked as a political staffer/consultant for several local, state, and national campaigns.

Robert is a graduate of The University of Alabama where he attended both undergraduate and graduate school and studied Political Science, History, and Organizational/Business Communication. Robert is also a graduate of the Barret School of Banking’s Commercial Lending and Bank Profitability Academies. Robert is very active in his community and serves on the Board of several local and statewide professional and civic organizations. 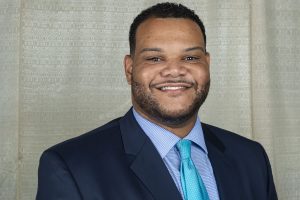 Marion S. McIntosh is originally from Monroeville, AL, and currently works as a Process Engineer in automotive manufacturing. He is a graduate of the University of Alabama with Bachelor’s and Master’s degrees in Industrial Engineering, May 2003 and August 2006, respectively. While at the Capstone, Marion served as a Regional Executive Board member, and President of the UA Chapter of the National Society of Black Engineers. He also served as an SGA Senator, and a 2005 Student Fellow in the Blackburn Institute. Marion gained experience working with students as a Residential Assistant and Hall Director in Housing and Residential Communities, and a Teaching Assistant in the Dept. of Industrial Engineering. In his spare time, he volunteers as a motivational speaker and addresses youth groups, minority engineering students, and professional organizations on topics ranging from collegiate success to community activism. He aspires to get more actively involved in public service and volunteers on various political campaigns. Marion currently serves on the Board of Directors for the Alabama Mathematics, Science, Technology, and Engineering Coalition (AMSTEC) and is a Life Member of the Alpha Phi Alpha Fraternity, Inc. 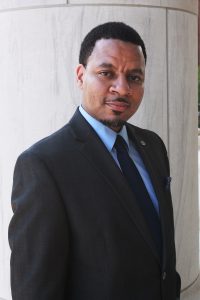 Mr. House is director of Hogan & Lovells’ legislative group. He is recognized as one of the top three legislative lawyers in Washington, DC by Chamber USA. Mike concentrates on legislative and regulatory matters before the U.S. Congress, White House, and various departments and independent of the executive branch. He represents national and multinational corporations, trade associations, and coalitions.

From 1973 to 1976, Mike served as Chief of Staff to Alabama Supreme Court Chief Justice Howell Heflin. He also had a dual role as Director of the Permanent Study Commission on the Alabama State Courts, which included the drafting and passage of the judicial article constitutional amendment in 1973, and the implementation legislation in 1975. Because of his work on court reform, he became the youngest person to ever receive an Award of Merit from the Alabama Bar Association.

From 1976-1979, Mike practiced law in Montgomery, Alabama. During that time, he was President of the Alabama Young Lawyers, and Chairman of the Alabama Citizens Conference on Alabama State Courts and the Alabama Citizens Conference on a New Constitution. He also was involved in numerous other professional and civic associations, including being a member of the board of directors of the American Judicature Society. In 1979, Mike was chosen as one of Alabama’s four Outstanding Young Men.

Mike and his wife, Gina, currently reside in McLean, Virginia. 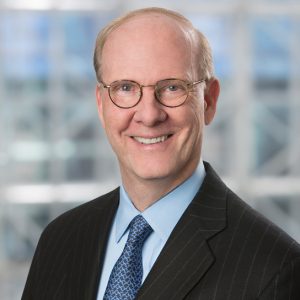