Fellows elect officers from among themselves to act as liaisons to the Blackburn Institute staff and the Advisory Board. These officers serve two-year terms, based on the academic calendar (August to July of even years). Officers are expected to participate actively in Institute events and attend Advisory Board meetings, as well as build programs and opportunities to support the mission of the Blackburn Institute. 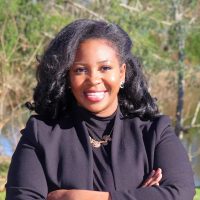 Mrs. Akiesha Anderson (akiesha.anderson@gmail.com) is a Montgomery, AL native that received her law degree from the University of Alabama in 2017. She currently serves as the Policy Director for Alabama Appleseed Center for Law and Justice. In this role, she focuses on policy development, legislative advocacy, coalition building, and engaging with elected officials. Prior to attending UA, Akiesha received a bachelor’s degree in Sociology from Alabama State University and a Master’s in degree in Public Administration from Auburn University-Montgomery. Upon completing her J.D., she also received a Certificate in Government Affairs from UA Law. Over the years, she’s had the honor of working with several civil rights organizations, elected officials, a university, and a think tank: the Southern Poverty Law Center (SPLC), National Center for Lesbian Rights (NCLR), Human Rights Campaign (HRC), U.S. Congresswoman Terri A. Sewell (AL-07), the Montgomery County Commission, UCLA School of Law, and the Williams Institute. Beyond the Blackburn Institute, Akiesha is a member of several other community and service-oriented organizations including Alpha Kappa Alpha Sorority, Inc.; she also serves as co-chair for the Alabama Chapter of the National Lawyers Guild, and as Legal Redress Chair for the Montgomery Metro Chapter of the NAACP. 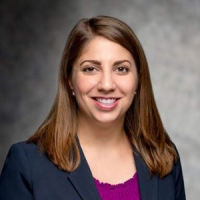 Olivia Bensinger (ofbensinger@gmail.com) is from Troy, Alabama and a 2014 graduate of the University of Alabama. Olivia received a degree in Interdisciplinary Studies from New College, for which she focused on Ecological Economics. She also majored in Spanish and minored in Latin American Studies. While at UA, Olivia was involved in the Environmental Council, working primarily to bring local, organic food to campus dining halls. Immediately after graduation, Olivia attended Harvard Law School, where she served as a managing editor of the Harvard Environmental Law Review. Right after law school, Olivia spent a little over two years as a litigation associate at Hughes Hubbard & Reed LLP in New York City. Then she moved to Huntsville to clerk for Judge Lynwood Smith in the U.S. District Court for the Northern District of Alabama for about eighteen months. Olivia has most recently moved with her husband, Andrew Key, and two dogs, Rosie and Ellie, to Hanover, New Hampshire, where she works as an attorney at Shaheen & Gordon, P.A. 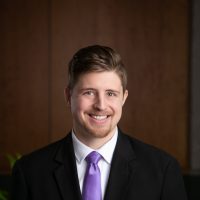 Aaron Howard (aaron@cloudfinancial.com) graduated from UA in 2016 with a double major in Finance and Economics.  Upon graduation he was a part of a leadership and entrepreneurship training program at Chick-fil-A back in his hometown of “The Shoals” in northwest Alabama.  However, instead of pursuing store ownership, as he originally planned, he decided to stay in Alabama and pursue a career in financial advising.  He now works at a local firm in Huntsville, Alabama called Cloud Financial that specializes in retirement planning.  He is also involved in his local church, Chapel, which has a strong focus on making an impact in the local community through its food bank, drug rehab, and student tutoring/mentorship programs. He and his wife, Layla, live in Tuscumbia and are proud owners of two German Shepherds, Mozart and Mona Lisa. Their family is about to get a little bit bigger! They are expecting a baby boy, Caanan Ray Howard, in late August 2020.