The theme of the Blackburn Institute’s 2021 Annual Symposium, “The Next Normal: Dynamic Leadership in Changing Times” will highlight the work of the Institute and feature speakers and panelists sharing the challenges of the past and working to affect positive change in the state of Alabama and around the world.

The event, held over a two-day period in late August, continues traditions familiar to those who have attended symposium in the past, builds on successful recent innovations, and includes content session blocks for a wider range of topics and session styles. Attendees will see opportunities for both peer gatherings and full-community networking through meals, planning sessions, and dialogue activities.

Special features of this year’s symposium include Friday’s opening session, a full community dinner; Coffee and Conversations with students, Fellows and Advisory Board members; Saturday’s community lunch featuring presentations of the Siegal Scholarship and the inaugural Fellow of the Year Award; and a closing reception. 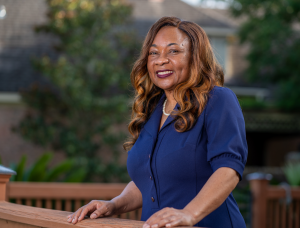 We are excited to announce that the 2021 Blackburn Institute Annual Symposium Frank A. Nix Memorial Lecture on Ethical Leadership will be given by Alabama native Ms. Catherine Coleman Flowers.

Flowers is an internationally recognized environmental activist, MacArthur “genius” grant recipient, and author. She has dedicated her life’s work to advocating for environmental justice, primarily equal access to clean water and functional sanitation for communities across the United States.

Founder of the Center for Rural Enterprise and Environmental Justice (CREEJ), Flowers has spent her career promoting equal access to clean water, air, sanitation, and soil to reduce health and economic disparities in marginalized, rural communities. In addition, Flowers serves as Rural Development Manager for Bryan Stevenson’s Equal Justice Initiative (EJI), is a Board Member for the Center for Earth Ethics at Union Theological Seminary, and sits on the Board of Directors for the Climate Reality Project and the Natural Resources Defense Council. Flowers is also Co-Chair of the American Academy of Arts and Sciences Commission on Accelerating Climate Action and Practitioner in Residence at Duke University.

As the author of Waste: One Woman’s Fight Against America’s Dirty Secret, Flowers shares her inspiring story of advocacy, from childhood to environmental justice champion. She discusses sanitation and its correlation with systemic class, racial, and geographic prejudice that affects people across the United States. She has been featured in The New York Times, The Washington Post, Bloomberg, The Guardian, and on PBS.

Join us for “America’s Reckoning With the Myths of History,” A conversation with Ty Seidule, retired general and author of “Robert E. Lee and Me, A Southerner’s Reckoning with the Myth of the Lost Cause,” and Former U.S. Senator Doug Jones, a Blackburn Advisory Board member.

During this conversation, the panelists will discuss national issues including the cultural and historical gulf that separates millions of Americans. The session will highlight issues of monuments and public memory, particularly the renaming of military bases commemorating those who voluntarily served the Confederate States of America. A public Q & A will follow the conversation. 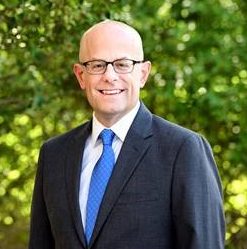 Brigadier General Ty Seidule, U.S. Army (retired) is Professor Emeritus of History and former head of the Department of History at the United States Military Academy at West Point. He serves as the Chamberlain Fellow at Hamilton College. Secretary of Defense Lloyd Austin appointed Ty to the National Commission on Naming. Ty serves as the vice chair of the commission tasked with redesignating Department of Defense assets that honor Confederates. Ty’s latest book is Robert E. Lee and Me: A Southerner’s Reckoning with the Myth of the Lost Cause. 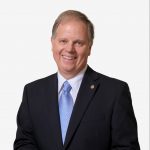 Hon. Doug Jones serves as counsel in the Government Relations and Government Enforcement & White Collar division at the Washington, D.C. law firm Arent Fox LLP. He served as U.S. Attorney from November 1997 until June 2001, during which time he successfully prosecuted two of the men responsible for the 1963 bombing of the 16th Street Baptist Church. In 2017, he won a special election to fill a U.S. Senate seat in Alabama. In 2020, the U.S. Chamber of Commerce honored Doug as one of only two senators to win both the Jefferson-Hamilton Award for Bipartisanship and the Abraham Lincoln Leadership for America award.

Attendees can preorder a signed copy of General Seidule’s book or Senator Jones’ book, “Bending Towards Justice: The Birmingham Church Bombing that Changed the Course of Civil Rights” through Alabama Booksmith and pick it up at Annual Symposium. There is a “Special Requests” box if you would like your book personalized.

Advisory Board and Blackburn Society

All sessions will take place in person on Friday, August 27 and Saturday, August 28 at the Ferguson Student Center on The University of Alabama campus in Tuscaloosa.

Blackburn Society members, Advisory Board members, Fellows, students, and invited guests may register on-site at the check-in table during Annual Symposium. Other members of the UA community may attend the public lectures and free of charge.

Children are welcomed at all Blackburn activities after 1:30 p.m. Friday, August 27 and all day Saturday, August 28, except for the Advisory Board Meeting and private fireside chat with the keynote speaker. All individuals (including children) two years and older must wear a mask while indoors.

Due to lack of interest from our community, free childcare will not be offered this year.

The Blackburn Institute has a room block with Hotel Capstone for anyone who is needing hotel accommodations and the cut of date is August 15. You can also call (205) 752-3200 to book rooms and ask for the RL UA – Blackburn Inst Annual Symposium block with the corresponding dates August 27 – 30.