The theme of the Blackburn Institute’s 2022 Annual Symposium, “Innovative Leadership: Beyond the Familiar Path,” will highlight efforts to improve communities and influence systems through advances in STEM, entrepreneurship, and other civic enterprises. Attendees will hear from speakers and panelists working to affect positive change throughout the state of Alabama and beyond.

The hybrid event held Friday, August 26 and Saturday, August 27 gives attendees the opportunity to gather in person, watch in real time from afar, or view content at a later time.

Friday, August 26 afternoon breakout sessions will be held on Zoom. All remaining sessions on Friday night and all day Saturday will be held in-person at the The University of Alabama Student Center in Tuscaloosa. Blackburn members who are not able to come to campus can purchase a virtual registration to live-stream the in-person sessions. 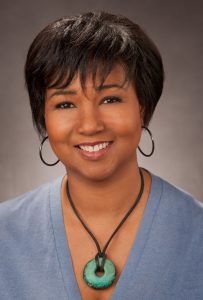 100 Year Starship (100YSS) is a bold, far reaching nonprofit initiative to assure the capabilities exist for human travel beyond our solar system to another star within the next 100 years.  Jemison is building a multi-faceted global community to foster the cultural, scientific, social and technical commitment, support and financial framework to accomplish the 100YSS vision-An Inclusive, Audacious Journey (that) Transforms Life Here on Earth and Beyond.

Jemison, the first woman of color in the world to go into space, served six years as a NASA astronaut.  Aboard the Space Shuttle Endeavour, STS-47 Spacelab J mission in September 1992, she performed experiments in material science, life sciences and human adaptation to weightlessness.

We are excited to announce our closing speakers for the Gloria and John L. Blackburn Academic Symposium, The World Games 2022 CEO Nick Sellers and Chairman of the Board Jonathan Porter. 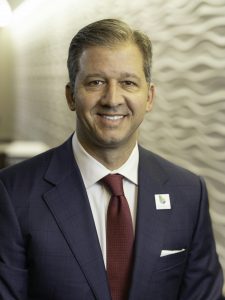 Mr. Nick Sellers joined The World Games 2022 from Alabama Power, where he most recently served as vice president of the Mobile Division. He has deep sports experience from his time as Director of Operations for the Alabama Sports Foundation, where he was responsible for sponsorships, ticketing and operations plans for large-scale events such as the SEC Baseball Tournament, Arby’s Hardwood Classic Invitational and Regions Charity Classic.  Sellers also serves on several community boards. Currently, he is the chairman of the Alabama Sports Council, where he works to oversee all ASC events including the Magic City Classic and the Davis Cup Tennis Invitational. Sellers also serves on the Bryant Jordan Scholarship Foundation, the Mobile Industrial Development Board, the Mobile Area Chamber of Commerce and Innovation Portal. After earning his undergraduate from the University of the Pacific in Stockton, California, Sellers went on to earn his juris doctorate from the Birmingham School of Law. 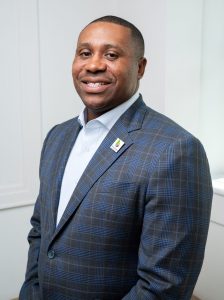 Mr. Jonathan Porter is a cum laude a graduate of Tuskegee University with a B.S. in business administration, and he received his MBA from the University of Alabama in Birmingham . Porter, who is now the vice president of the Birmingham division for Alabama Power Company, began working full time for the company in 2000 after interning as a customer accounting intern while in college.  Porter has been featured on Birmingham Business Journal’s “Top 40 under 40” and “20 leaders for the next 20 years.” He also serves as a member for the board of directors for several organizations, including Jefferson County Economic and Industrial Development Authority and Birmingham Business Alliance.

The full schedule of events is included in the 2022 Annual Symposium Program Guide for members of the Blackburn community and invited guests who have registered for Annual Symposium.

In addition to the Fellows Reunion Social Friday, August 26, 2022, 9 p.m. to midnight at Black Warrior Brewing Company, the Institute and the class coordinators are planning other activities to acknowledge these Fellows and help them to reconnect.

Contact your one of the class coordinators for more details.

Please see the Parent Handbook for information about free child care if you registered for the service before the August 12 deadline.

The Blackburn Institute has a room block at Embassy Suites Tuscaloosa Downtown at an exclusive group rate of $149 per night for anyone needing hotel accommodations.  The deadline to reserve a room is August 6. You can also call 205-561-2500 to book rooms and ask for the Blackburn Institute block with the corresponding dates August 25 – 28.

Advisory Board and Blackburn Society